Create a scalable modular solution which allows shoppers to easily navigate a broad product assortment. Include a sample station to inspire customers to try new products, a messaging space, and storage. Accent colors of the display need to be customizable for various retail chains such as Old Navy, Forever 21 and Macy’s Backstage.

Concept exploration was kept to minimalist shapes based on inspiration and tactical requirements provided by the client. 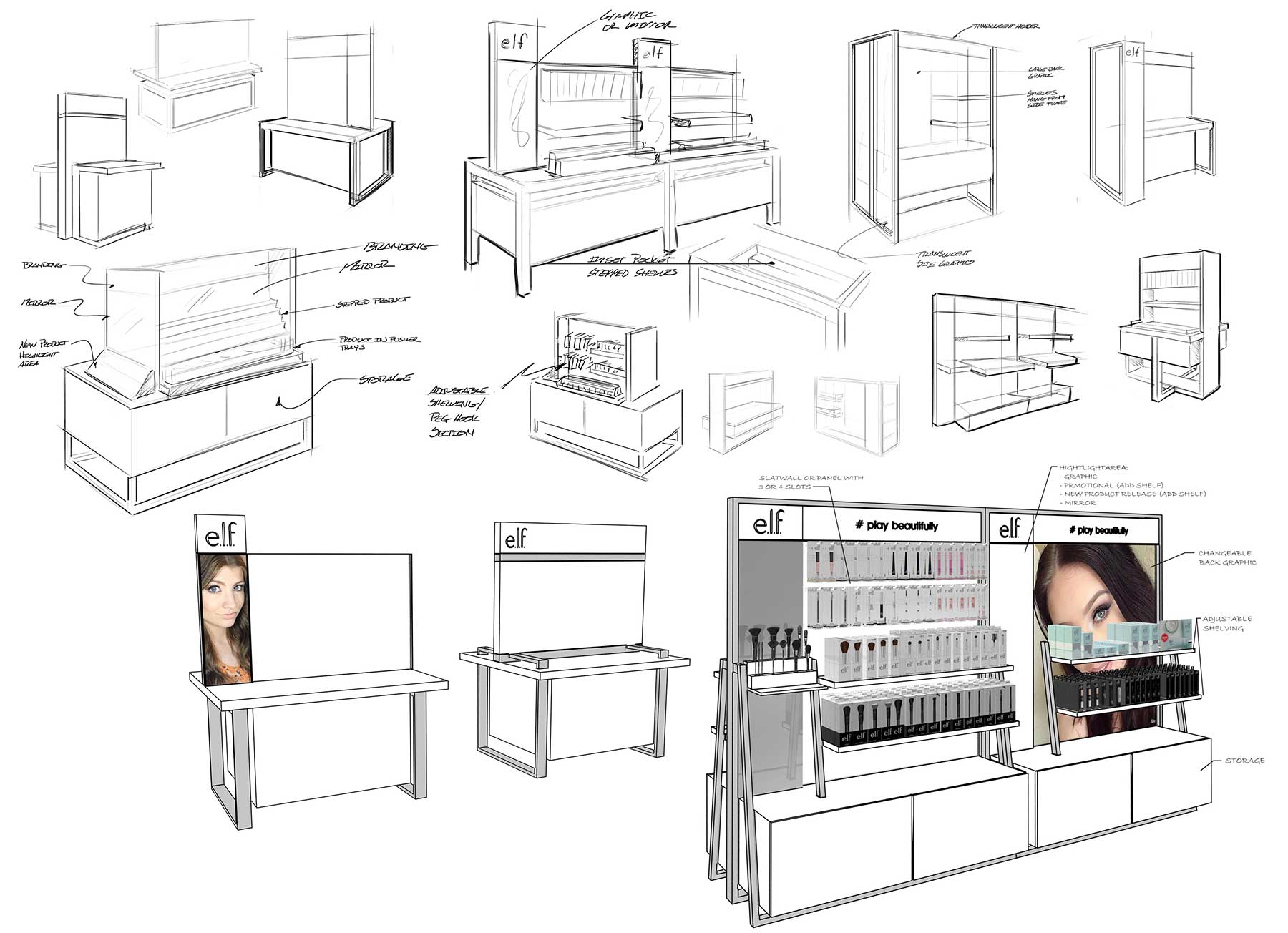 The core unit was modular with storage space in the base. A frame and slatwall system accepted various display, messaging, and merchandising components. Space on either side of the slatwall provided visual security and an open design aesthetic.

Various laminate colors were reviewed to correspond with each retail chain that the display would be housed in.

The final display consisted of an inline and end cap module that can be connected to form a one or two sided inline run with or without an end cap. Both units contained storage and the open frame with slatwall. A variety of merchandising components were developed to hang from the slatwall creating an infinite amount of plan-o-gram possibilities. 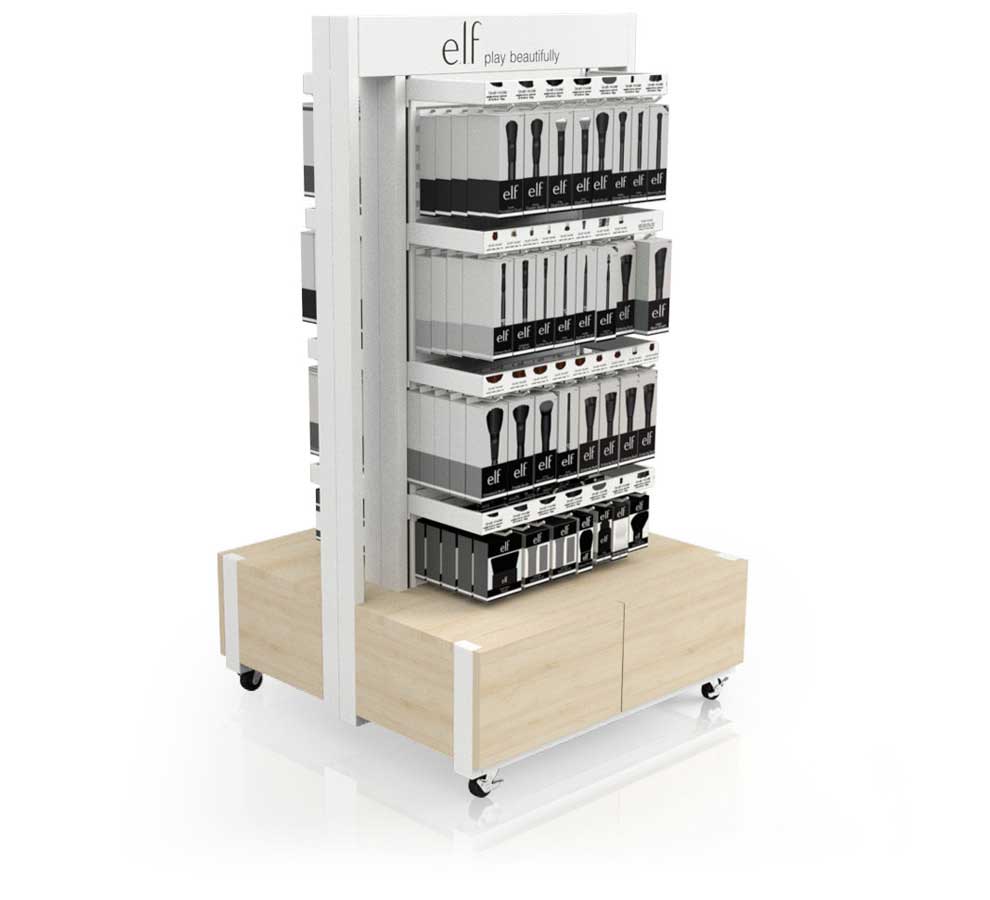 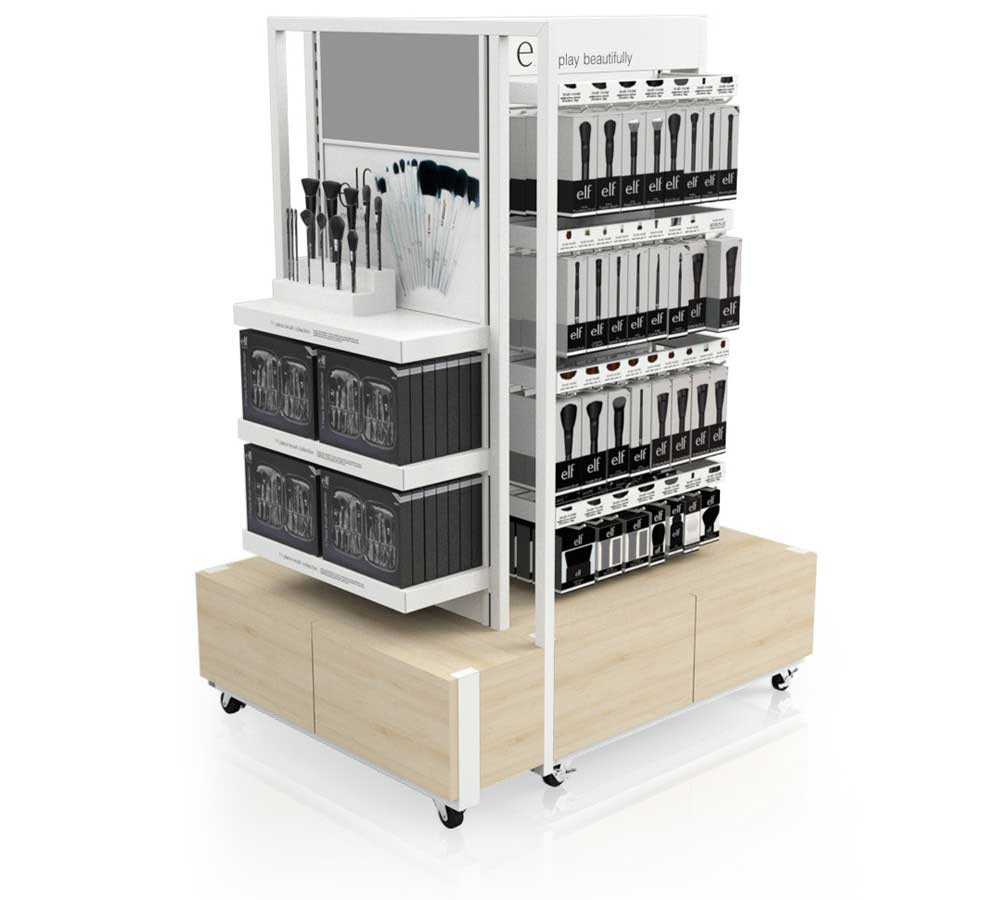